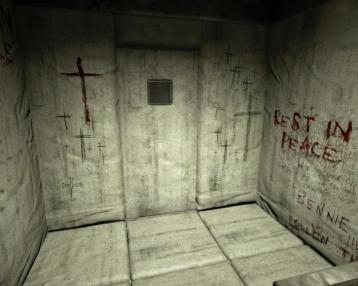 Theme:
“You are TRAPPED in a MENTAL ASYLUM trying to prove your sanity and challenge your mind to outwit DR DEATH and escape before he straps you to his surgical table for experiments…”

Asylum puts you in what appears to be an abandoned mental asylum, theming was good if not a little bare, but this fitted the theme well. It was quite dim, and creepy but again this wasn’t used to make the game harder, it was used for effect & torches are provided. The immersion was OK, with a good soundscape to compliment the room.
The space was overall large, yet split up into different sections that constricted the space somewhat.
A nicely done room that gives the feeling of being in situ. I can imagine younger or more nervous guests getting a couple of frights in this room.

Game Play:
A strictly linear game that compromised mainly of observational puzzles, with a small amount of searching & maths. The puzzles all led to 4 digit lock, yet there was never an abundance of locks to try codes on.
The puzzles were nice, it’s billed as Lockdown’s easiest room and it was slightly easier than Lost Souls and Death Row. There wasn’t masses of ambiguity in the puzzles, yet we did get a couple of different answers to a couple of the puzzles from solving them in a different way than was intended.
The flow was good, simple but good. There were no massive logic leaps, a couple of small ones, but this could maybe be described as having to look at things in a different way to how we initially thought.
Even though there wasn’t a great deal of signposting, there was enough to keep us moving forward throughout the game
A good game for less experienced players, enthusiasts may find this one a little on the easy side.

Clue System:
Clues were delivered via a mobile phone

Game Host:
Craig was our game host and as usual was chatty, friendly and ran our game well. Delivering hints and nudges exactly when we needed them