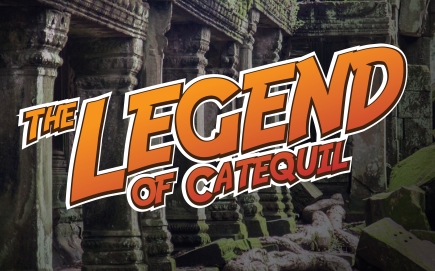 Theme:
“Your father, Lord Sebastian Ashcroft, is a world renowned archaeologist. Six months ago he set off on his latest expedition to the depths of South America in search of the tomb of the legendary Inca god, Catequil. Your last contact from him was three months ago, so you have decided to go to South America to find him.”

The room was decorated very well, from the beginnings in the explorer’s tent, working your way through the jungle to the temple itself, each area was decorated to create immersion. With a good soundtrack and effects, you can really feel like Lara Croft, or Drake going on an adventure into a forbidden temple!
The game kept an excellent sense of exploration and discovery throughout the entire hour, and this led to a real sense of immersion and story.
The room was plenty large enough, there were some areas of darkness, and torches were provided and this didn’t impact on gameplay too much.

Game Play:
A liner game that had a good mix of puzzles. Math, word, logic, codebreaking, translating, searching, observation, physical.
The puzzles were kept nicely in theme, and all were perfectly solvable and logical, granting lovely ah-ha moments and only adding to the discovery mentioned earlier.
The story was woven through the puzzles and clues delightfully and taking time to read all the snippets of information and exposition delivered to us really gave us a more in-depth and thorough game.
The flow was lovely, with good signposting leading us smoothly through the game.
A really well-designed game, that is delightful, full of exploration and tells a story. We left feeling really satisfied!
A great game for beginners and enthusiasts alike!

Game Host:
Chris was our game host, and owner of Enigma, he was an excellent host, welcoming us warmly and guiding us only when truly needed.