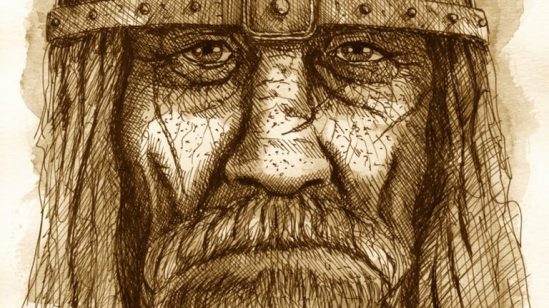 Theme:
“Thor’s hammer has been stolen by his menacing brother, Loki & trapped in the golden rings of Aesir.

The Ice Giants have got word of this, and they know Thor is helpless to protect the human race without his powerful weapon.

The giants are on there way, there mission to defeat Thor and destroy the human race.

You must alert the Gods and bring them to Asgard, they will help you in you quest.

To acomplish this you must find the Thunder Hammer and return it to the sacred place to create a storm like no-one has seen before.

If you fail you will be the first to die”

Vikings looked great, actually beyond great, whilst not the most massive space it large enough for 5-6 people, and it is well lit. Vikings truly shines in its handcrafted nature, with beautifully crafted wooden walls, floor and magnificent set pieces around the room.
The setting of a Viking home gives this room a cosy feel, with a roaring fire and long table really setting the scene and creating immersion. It’s a pretty room that had lots to look at and investigate all of which were integral to the game experience.
Whilst not as vast and explorative as its “sister” rooms, Vikings has charm in abundance, and it does have its fair share of twists, turns and surprises during the game.
Beautiful to look at and a great set to spend and hour playing in!

Game Play:
An open game which has a vast array of puzzles, with searching, physical, logic, observation, teamwork, word and translation making up the game.
The puzzles were all perfectly on theme, and incredibly enjoyable. There was even a jigsaw element that was done with class, in such a way that was in theme and interesting!
The culmination of the game can down to a large meta-puzzle that whilst it was time-consuming and cranked the difficulty up for the latter stages of the game, it never felt forced, illogical or boring. All the puzzles leading up were so clear in their logic they almost prepped you for how this final puzzle was going to work. The game play made you feel safe in the knowledge that when you had your answer it was right and if it wasn’t… well you need to think again!
Logical puzzles were definitely a staple in this room, there were no logic leaps or clumsy solutions. Each and every puzzle was a joy to solve!
The flow was impeccable, (even with us being the 3rd group through the room!) – we were never slowed or stuck because of anything in the room, it really is a room that plays itself!
Signposting was excellent, subtly placed to guide you around the room and help you solve puzzles rather than hold you up and deliberately stall you. Perfect level of signposting in this game.
A game that, even in its very early form felt full and complete, with lovely puzzles that come together to the culmination of the room. Clever use of tech leads to immersive reveals when puzzles are solved, and this compliments the room perfectly – a lesson in how tech can be implemented into the room combining with excellent puzzle solving and good “rewards” when something is opened (replacing that “pop” of a padlock)

Vikings, whilst we played it in its test period played like a honed and refined game and this is a testament to Jess & Graham’s design skills. A wonderful game that will please everyone who walks through the door, and it has been eagerly awaited… The wait was worth it!

Clue System:
Clues were delivered via a godly voice in the room!

Game Host:
Jess & Graham were our game hosts and were perfect as usual, giving us a good briefing and running the game we precision (no easy feat considering how early in the room’s life it was, but they managed it brilliantly)

Did we escape?
Yes, whilst the room was in testing Jess & Graham were seeing how long we took to run the room with minimum clues.