Happy hump day everyone! I’ve a few pieces of news to share so, I thought that I’d collate them into a hump day post!

First off, we have teamed up with Immersive Events – Prison Break to bring a competition to win 2 free tickets for Saturday 28th July, all you have to do is head over to my twitter, like and retweet the tweet to enter

The competition is running until the 17th July so get liking and re-tweeting! We’ll be in attendance on the 28th July so watch out for a review coming soon!

Secondly, we we’re kindly invited to the National Forest Adventure Farm, which we’ve been to a couple of times in the past for their Halloween “ScreamFest” event – which we really enjoyed!
They’re opening up a new outdoor escape in their corn maze, and the details were released today!

“Top secret plans for the World’s first escape maize maze have been unveiled at the National Forest Adventure Farm in Tatenhill, Staffordshire. The intricate paths of the maze have been used to create a James Bond style secret agent! The Escape Maze: Agent Academy opens on Saturday 14th July and will run through to 3rd September. To book tickets visit: http://www.adventurefarm.co.uk&#8221; 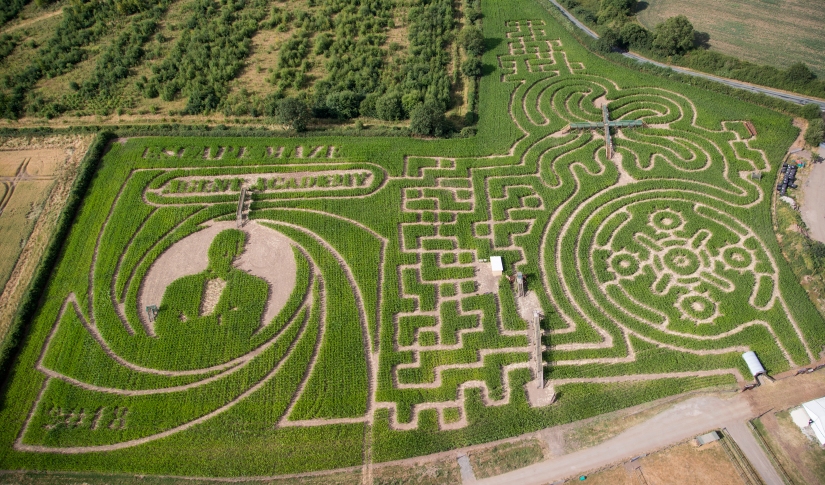 As you can see, it looks very cool and it will be interesting to see an unusual take on an outdoors escape “room” – we’re looking forward to this, and hope the nice weather continues, keep an eye out for the review coming next Friday!

In between all that we’ve visits to The Escape Room Guys, Break Escape, Deception and Locked In (North Wales) to look forward to, to take us to the end of July… and then in August the much-anticipated House of Illusion Opens at Escape Quest and we have out bonanza birthday week of escaping!