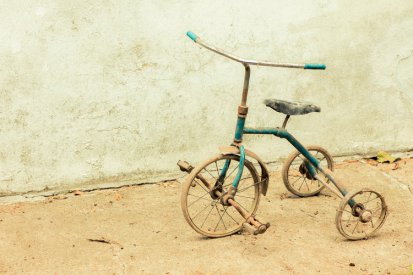 Theme:
“The Millers thought they had the Fairytale life; a wonderful marriage, a beautiful home and a gorgeous little daughter, Olivia.

They also played lots of games, challenging games. It had become an addiction, so when a stranger set them a challenge to find and escape his lair with riches beyond their wildest dreams promised upon success. They just couldn’t refuse.

The price to pay on failure… a mere gift of hearts desire.

This mere gift turned out to be their little daughter Olivia, who disappeared from her bedroom in the dead of night. They have spent the years since searching for the mysterious stranger and their daughter, hoping to play the game again and win her back.

Having finally found him and agreed the stake, they are now pleading with other escapologists to help them defeat the wicked, little man.

Do you want to play a game?

Do you have the skills to defeat the man with no name?

Are you prepared? As there are worse things in life to lose, than just a game.

After all, not all Fairytales have a happy ending.”

Theming was excellent in Scarytale, with the game starting in little Olivia’s bedroom and then moving (through an excellent immersive space) into the world of scarytales, the scarytales spaces were very detailed, with so much to look at, and take in. Wonderful attention to creating a creepy, unsettling yet child-like space.
The way of getting to the scarytales space was one we have seen before, but never so disorientating, or con-fuddling, It had me screaming at points!
The room is atmospherically lit (with moments of darkness) and is plenty big enough for 6 players.

Game Play:
A linear game, that consisted of word, observation, searching, physical, & logic puzzles.
The puzzles were logical, and had good ah-ha moments.
The flow was good, with subtle signposting leading to and from each puzzle, again like Trapped, the signposting is very subtle and easy to miss if you don’t have a keen eye.
There is an instant fail condition in Scarytale that I had heard about… via Jamie & Sam’s blog post.
To re-iterate what they said, make the wrong choice and it’s INSTANT fail… make a lesser wrong choice and time is deducted. Make the right choice and it’s winner winner chicken dinner.
It is incredibly pressured, stressful and whilst the answers are all there to be found… they take a good amount of digging to uncover fully (and I can imagine a small amount of luck too!)
The mechanics of how this ending works is very good, and all the previous puzzles, finds and collected elements really come together well to create the tense finale to the room, this was very good (despite our loss!)

Clue System:
Clues were delivered via a walkie talkie

Game Host:
Tina was our game host, she was friendly and gave us a good brief and backstory which set the scene nicely! Tina delivered clues with excellence in Scarytale, never holding back and steadly nuding us with precision!

Did we escape?
We got to the end of the game with about 10 minutes to go but…No… there is an instant fail in Scarytale… and well… we instant failed! Whomp Whomp.