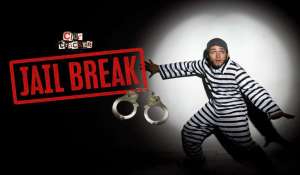 Theme:
“Ex-prisoner Joseph Wendle attempted to escape Standfast Jail. Over the five years he was held there, he created an elaborate escape plan which he executed right up until the final stage, when he was caught red-handed attempting to steal the Warden’s keys. Unfortunately, prisoner Wendle was transferred to a high security unit in Paddock Wood but, fortunately for you, he has left his trail of intricate clues and codes to help lead to your freedom.”

Our third game with Clue Cracker, and we were, again not disappointed. With “prison” games, I think we’ve seen everything, from rooms with no attempt to theme, to rooms with excellent theming, but Clue Crack was the most immersive, realistic and intricatly designed and decorated prison game we have ever played, the theming was 100% immersive, from the grotty run down cell, to the immaculately present warden’s office, not an inch of the game was left un-themed, even down to the most minute details. A seriously good job was done to create a realstic and wholly captivating set.

Game Play:
A fairly linear game, that had a good range of puzzles, word, logic, observation, math, team-work, light physical, skill and codebreaking.
Puzzles were intrinsic in the room and felt natural and very much in place. Jailbreak really transports you and takes you on a journey of breaking out of prison and the puzzles felt very much like they were driving us towards our end goal of escaping. Ah-ha moments came thick and fast, and the room was so logical and concise.
Signposting was excellent, with it being clear that this was a well designed and tried & tested room, that has been honed and refined over its lifetime.
Flow was wonderful, smooth and the links between puzzles and areas was splendid.
A room I would thoroughly reccomend to people who have never played before, it is a perfect “first” room. That’s not to say enthusiasts won’t like it, they will, it’s hard not to as it is such a beautifully crafted and intelligently designed room.

Clue System:
Clues were delivered via a video screen in the room, but not in the normal way!

Game Host:
Our game host was wonderful, friendly and passionate about escape rooms, she ran our game with precision and was just excellent!

Did we escape?
Yes, in about 50 minutes