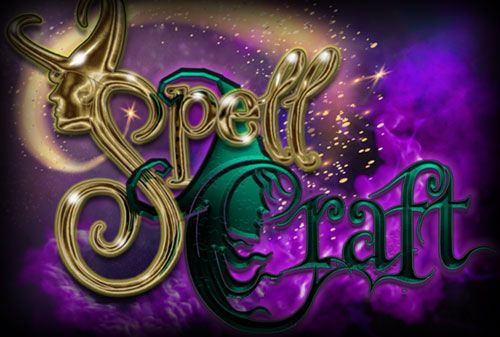 So, it has come to this! Out 500th escape game, not including online games of course! I’m a purist at heart! Quite an acheivement don’t you think? We teamed up with the wonderful Gord and Liz from Review The Room, who were also celebrating their 300th escape room, so with a combined total of a lot of rooms, there was only one place to go to that would make this an epic celebration…. Tulley’s!

Theme:
“The SpellCraft twins, Evilinda & Spellinda, two witches, two paths, two shops, two worlds, two journeys, their two magical worlds collide, and you find yourself in the middle of their story.
SpellCraft will take you on a magical adventure, you’ll need to work together, but in the end there’s always a battle, will you escape and who will win?”

Spellcraft, as we had come to expect from Tulley’s was decorated to the highest standard, with intricate detail and full 360º immersion. There wasn’t an inch that wasn’t decorated to perfection. Each space was whimsical, magical and thoroghly charming. Whist not as huge as Nethercott Manor, or Dodge City… the use of space was ingenious and the method of travelling between them was a lot of fun! The spaces were plenty big enough for our team of 4, and I can imagine they would be big enough for 6, there are some points that would be a bit snuggly but they don’t last long.
The sense of discovery throughout was wonderous, and at times the magical worlds we entered were not what we expected at all!
Lighting was good throughout and we never had a problem.

Game Play:
A super jam-packed game with puzzles that cover every aspect, observation, team work, competition, physical, mental, logic, word, aural, touch, skill, maths.. there wasn’t a stone left unturned in puzzle design!
All the puzzles were on theme, and worked well into the story of the room.
The logic behind the puzzles was sound, with lovely ah-ha moments that we all had indivually, and collectivly throughout the game.
The game does cleverly pit you and your team both against each other and with each other, this is done skilfully, how exactly it’s done… my lips are sealed!
The signposting was subtle, not too on the nose, yet put in place to gently steer but not overwhelm the game.
Flow was fast paced, yet smooth and we were kepy busy and moving whilst discovering the story of Spellcraft.
Another great game in the Tulley’s roster, magical with both dark and light elements and a great set of interesting puzzles.

Clue System:
Clues were delivered via voice over.

Game Host:
Our Game host was Becky. She was polite and professional.

Did we escape?
Yes, with around 10 minutes left.